Our Lady of Mount Carmel Parish arose from humble beginnings in July 1962, as a chapel providing services by visiting priests or chaplains. William and Carmel Callahan were the pilgrims/crusaders behind Our Lady of Mount Carmel Chapel’s inception. Mr. Callahan gave generous contributions towards the building of the chapel. It was a small Catholic community, primarily migrant workers from Puerto Rico since most St. Johnians were committed to their Moravian or Lutheran faith. Growth was slow, and not until 1970 was there a resident pastor, Father Charlie Roddy.

Throughout the 70s, the chapel congregation grew as the resident pastor and visiting priests encouraged local congregation participation in the Mass. Evangelization extended to the increasing numbers of tourists from Caneel Bay. In 1978, Our Lady of Mount Carmel held services for the late Governor Cyril E. King, whose body had lain in state at the Battery the previous day.

Membership continued to increase in the 1990s, and donations from the Caneel Bay services afforded the opportunity to build extensions to the main chapel. Father Ken Stewart, became the church’s first African-American priest. A larger building was needed to house the entire worshipping community.

In 2000, a young newly ordained Father Neil Scantlebury oversaw the demolition of the old chapel. Construction of the new Church was slow and steady. Celebration of the Mass began in the new Church during the high tourist seasons in 2004. The church had no doors or windows, and electricity was brought in via extension cords from the adjoining rectory. Bishop George Murray, SJ, dedicated the new church on December 11, 2005. Our physical footprint in Cruz Bay includes two buildings, one housing the Church and the other Guadalupe Hall with the Rectory above. 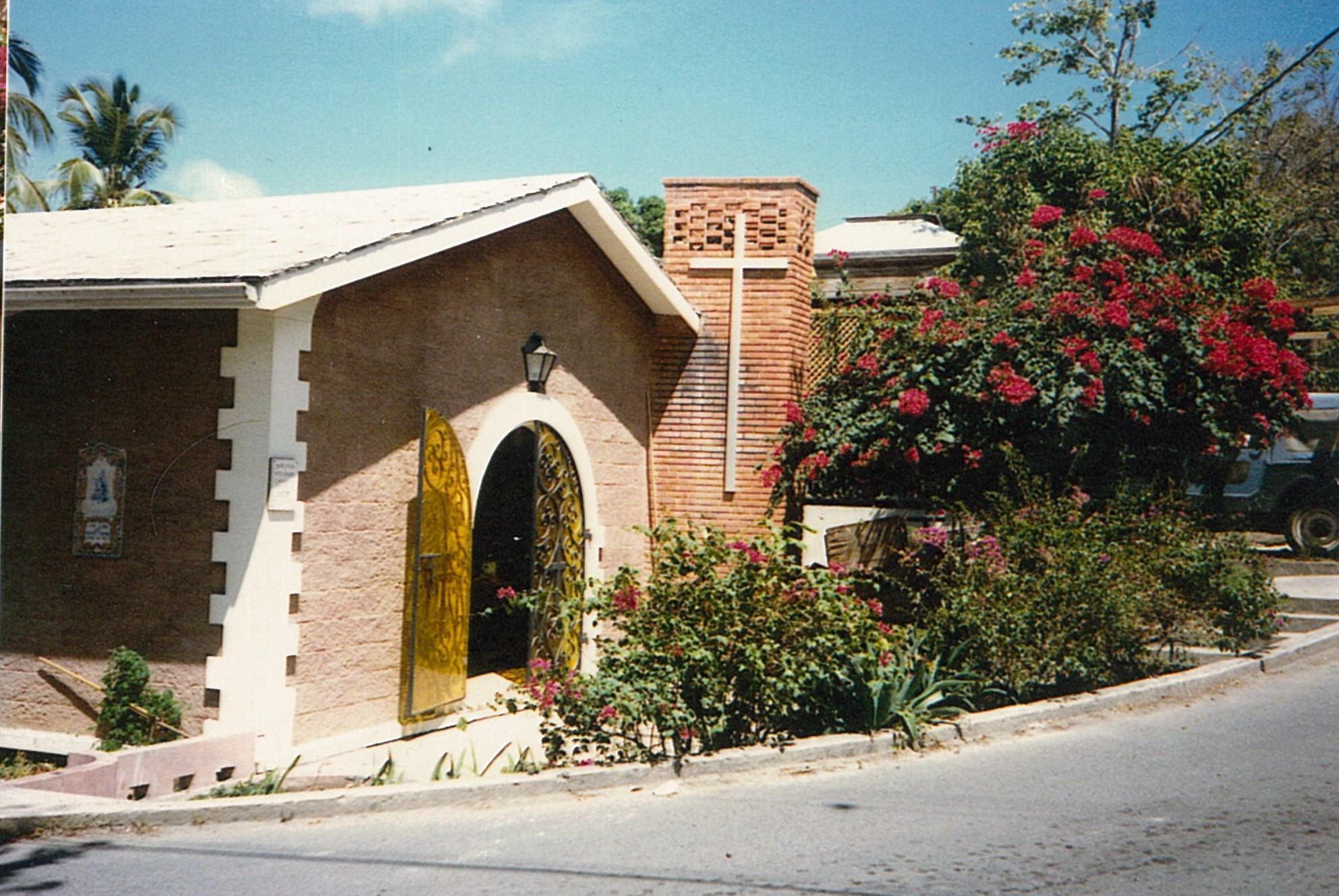 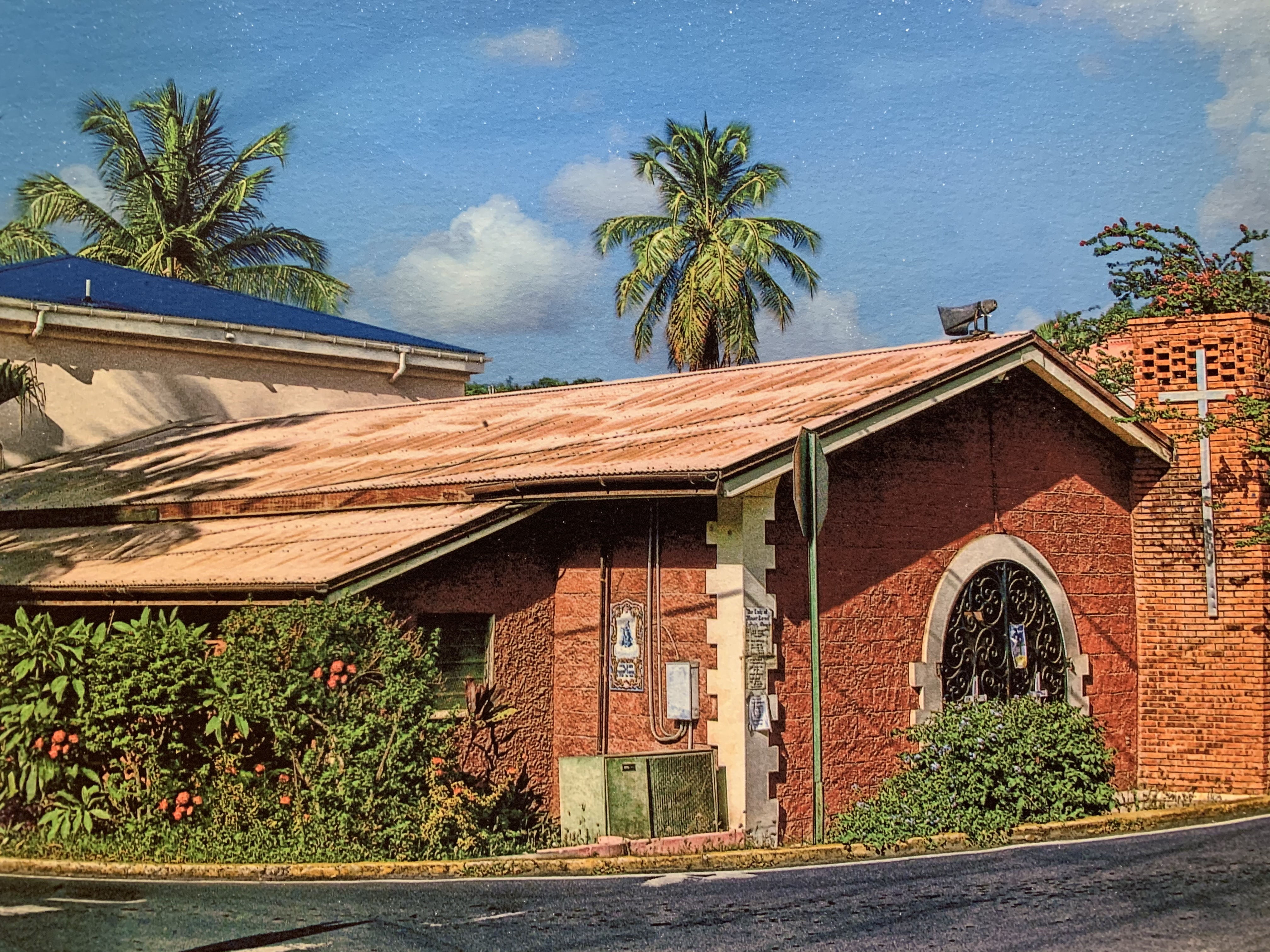 In the second decade of 2000, OLMC has continued to grow. As our Parish boundaries extend across the entire island of St. John, we expanded our physical presence to Coral Bay. We celebrate Mass in a multi-use facility in John’s Folly as one of several lessees of the building. Plans are in place to build a mission church in Coral Bay.

Our vibrant community consist of full time resident families, families who call St. John home for part of the year, and families who are here for a week or two. Full time families number about 200, intermittent families about 30, and 100 tourists per week in peak seasons. Many tourists return to St. John year after year and make significant donations to the parish as they view OLMC as their "away-home" Parish.

We are a parish of the Diocese of St. Thomas in the Virgin Islands, which includes the islands of St. Thomas, St. Croix and Water Island. Although the populations of St. Croix and St. Thomas ten times that of St. John, we are known as the "Parish in Paradise." Our archdiocese is with the Ecclesial Provence in Washington D.C.

Masses are celebrated on Saturday evening and twice on Sunday morning in Cruz Bay, with an afternoon service in Coral Bay on Sunday. A Spanish Mass is also celebrated on Sundays, reflecting our early heritage as a Church. OLMC offers a full range of liturgical, community, and educational services to our faithful.